Event Lighting Design in Aspen, CO and the surrounding areas. 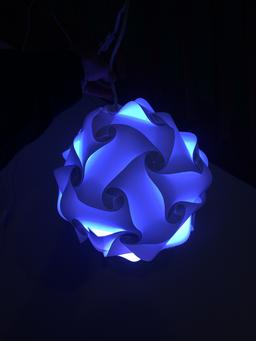 Justin got into lighting during his high school years back in New Hampshire. He went from doing school plays to being a local stage hand and working with big name touring acts. Eventually he joined the circus as a pyro and lighting technician. After a couple years clowning around he found his way back to NH to give a go at another style of lighting. And even though working on political rallies and movie sets paid an awful lot of money they lacked personal creativity.

In 2008 Justin moved out west to Aspen, where the beer flows like wine. He had accepted a position at a local A/V company to head up their lighting department. Over the next 6 years, while discovering the alluring charm of the Aspen area, he honed in on his lighting design and creativity. He developed techniques distinctive to our area and became known as a Macgyver of sorts when it came to solving problems.

Justin now makes his home in Basalt with his wife Lisa and their two dogs Gobo and Wookiee. In 2014 they started An Elegant Touch, a laser engraving business where they specialize in making personalized items for momentous occasions. However Justin's lighting design and attention to detail was missed in the event community so he started JAK innovations. Coupled with his existing laser business he now has the tools, knowledge and creativity to truly make your event stand out and different from the rest.